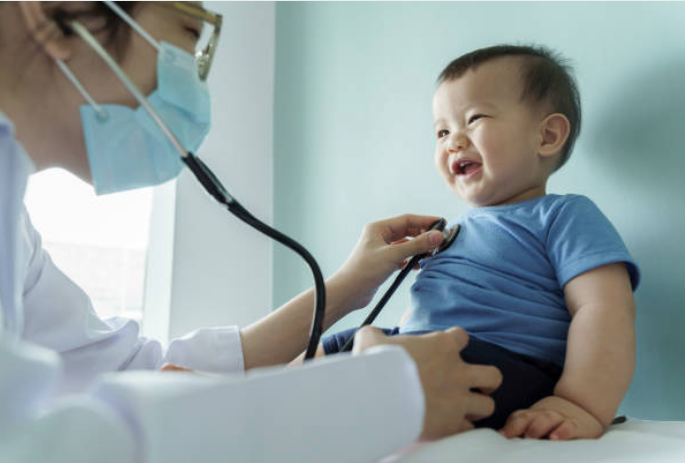 “A big deal for small kids for whom every day counts: Russia registers Zolgensma, the most expensive drug in the world.”

Zolgensma, a drug used to treat spinal muscular atrophy, has been registered in Russia. Additionally, the age limits for its usage will be extended.

On 9 December, the Health Ministry of Russia approved Onasemnogen Abeparvovec (also known as Zolgensma), a medication for treating spinal muscular atrophy (SMA). The relevant information was published on the State Register of Medicines portal. The registration certificate expires on 9 December 2026.

Previously, only two SMA treatments, Spinraza and Evrysdi (Risdiplam), were registered in Russia. They require lifetime treatment, while Zolgensma is a one-time injection. In July 2020, the manufacturer registered Zolgensma for use in Russia.

Respectively, it took eight and nine months to register Spinraza and Evrysdi in Russia. Registration of Zolgensma took nearly 18 months; the regulatory authorities and the manufacturing company exerted every effort to speed up the process, but the elaboration of the new technologies and details that the Russian legislation had not introduced required additional time. The pharma manufacturer must make the Russian packaging, put a Russian insert into it, including the drug into the Russian labeling system – to sum it up, there is a checklist of tasks to be completed as soon as possible.

In compliance with the Russian legislation, any new drug must be registered within 160 business days, but the problem is that gene therapy treatments have not been registered in Russia before. Moreover, the Ministry of Health requested 30 to 40 vials of the medication from the manufacturer. They needed this amount for the quality test. Otherwise, it is impossible to issue a registration certificate for manufacturing the drug. The requests made by other countries did not exceed 15 bottles. Still, the legislation of the Russian Federation establishes a minimum batch size of 30 vials whose total cost amounts to $88 million, which makes the research very expensive. But there are more than expenses to it, as that sum might have impacted the general availability of the medication.

The case of Zolgensma registration serves as evidence that the Russian Federal Law on Medicine Circulation is obsolete when it comes to its laboratory expertise aspect. The overregulation which EU countries are free from is most harmful to developers of expensive and rare drugs.

It is noteworthy that unless a medication has been registered, it cannot be listed in the List of Vital and Essential Drugs (VED). Therefore, it’s purchasing it by state orders becomes impossible. If a drug is listed in the VED, then patients have the right to receive it for free, and it is funded by the budget of the region they live in. However, due to the high cost of the medications, Russian citizens often have to start legal action or open fundraising to get the drugs they need.

Zolgensma has been used in Russia previously despite the lack of registration. The medication was imported as one necessary for treating specific patients under the Federal Law on Medicine Circulation. A conclusion decision by a multidisciplinary medical team and approval of the Ministry of Health were necessary for that. The medication was purchased by a state foundation ‘Krug Dobra,‘ or ‘The Circle of Kindness Foundation’ to aid children with rare diseases. The decree that established the foundation was signed by President of Russia Vladimir Putin on 5 January 2021. The only Russian organization can use government money to buy medications not registered in the country.

The revenue forms the foundation from an income tax increase from the Russian high-earners whose incomes exceed 5,000,000 roubles a year. Since January 2021, the PIT “for the rich” has been raised from 13% to 15%. The funds from the federal and regional budgets are also channeled to the foundation.

Until that moment, there was no goal-directed taxation in Russia.

How are the medications funded? The foundation receives grants from the state budget. These grants approximate the sum that the state plans to collect as revenue from the tax increase.

The funding issue is still sensitive because budgets are divided into regional and federal ones. The more generous federal budget funds the treatment of some rare diseases, and more modest regional ones finance the treatment of some others. The regions fund part of the most “costly” diseases. This makes the regions search for funds to provide aid to the ‘rare’ patients at the expense of the ‘common’ ones, as the СSR experts note.

How did that happen? Initially, the costliest diseases were funded by the federal budgets, and the regional ones supported less costly ones. But in the long run, the ‘federal’ diseases became less expensive due to the transition to generics and centralization of purchases.

Medications that have not been registered are purchased by the NCO foundation itself (The Ministry of Health has no right to acquire those).

More than 1,000 children have already received expensive treatments through this foundation.

Before “The Circle of Kindness” emerged, the funds for such medications could have been received through charity foundations. Importing these medications into Russia meant a risk of criminal prosecution.

The registration of Zolgensma in Russia is expected to make the drug more available. Firstly, the procedure of the drug import is simplified and sped up. Secondly, federal multidisciplinary team meetings are no longer necessary, and local multidisciplinary teams can prescribe them. It means that patients do not have to await their admission to a federal-level center and travel there from a remote area, which is vitally essential for newly diagnosed SMA patients.

From now on, most SMA patients will be able to receive this drug, as the limiting criteria are eliminated. At the moment, more than 1,076 SMA children receive medications through the foundation, including 21 children who received Zolgensma. But the problem of treating rare severe diseases persists today. Starting from 2023, a mass-scale newborn screening for genetic diseases will be formed in Russia. It means that most infants with detected diseases will be able to receive the treatment they need, including Zolgensma, in the first months of their lives.

Bazis Health team has conducted several studies among HCPs and caregivers focused on neuromuscular disease, including non-commercial research on Duchenne muscular dystrophy [https://esomar.org/newsroom/a-snapshot-into-how-market-researchers-can-empower-medical-ngos] in co-operation with the Russian NGO on children with Duchene Muscular Dystrophy.

Also, several SMA studies with a focus on the diagnostic process and treatment supported by the “SMA families” foundation have been conducted.