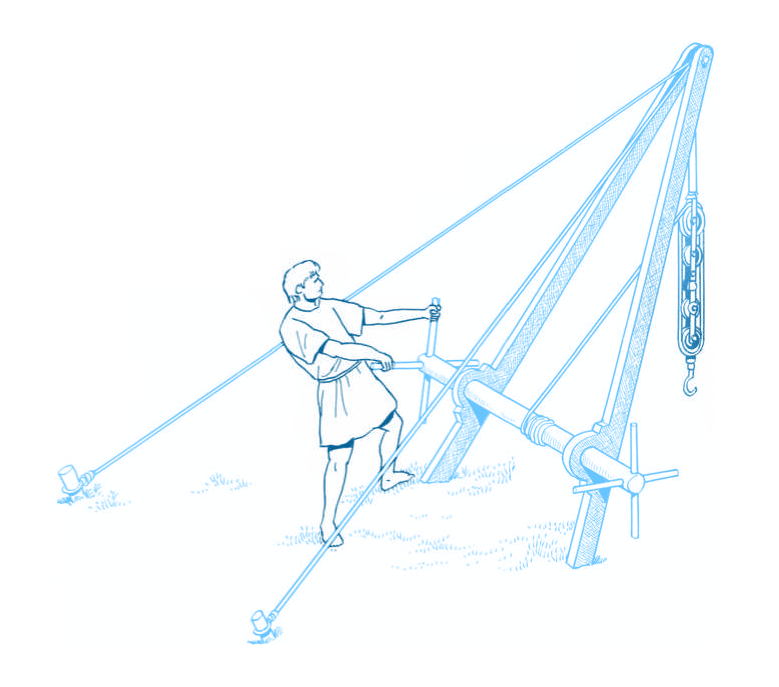 Surprising to many, mechanical cranes are not a byproduct of the Industrial Revolution or even an invention originating in the Renaissance. The roots of mechanical cranes go back many centuries earlier. Dating back to at least 515 B.C., the first crane was developed in Ancient Greece to move stone blocks that were being used to build a temple at the time. Since their primitive development thousands of years ago, modern industrial cranes have become a commonality found on construction sites and in manufacturing buildings.

Different projects call for different types of cranes so that everything goes smoothly. The weight of the materials, the location site, and the tasks in need of being accomplished are some of the aspects that must be considered when a construction crew is choosing the perfect crane(s) for the job. Cranes are so effective that today when cranes are manufactured it takes the help of other cranes to put them together in production!

In financial terms, the crane market has been viewed as a bellwether for the economy as a whole. This is because cranes are one of the most expensive pieces of equipment a company can buy—costing anywhere from low six-figures to over $3 million—while renting costs can accumulate $60,000-$80,000 resulting from installation and disassembly fees. So if cranes are being bought up for construction projects, that means there’s a demand for housing/infrastructure to be built, which in turn means that money is going into those sectors, and so on.

How big is the crane manufacturing industry?

The industry brought in $1.1 billion in total revenue in 2018 and $88 million in profits, according to IBIS World research. Annual growth for the next five years is projected to be a modest 1.5%.

To give more perspective, here is how market segmentation breaks down. These are the top industries crane manufacturers work with and the percentage of business with each:

Seven of the main crane manufacturers, according to Crane Trader:

These crane makers—among others—produce differing types of cranes intended for particular projects. Here are 12 types of cranes that are found in the construction industry.

Bazis Build has experience in market research across a number of construction categories. If you’re looking for additional insights into crane manufacturing or usage across geographic segments or sub-industries, we’re always here to help.

Connect with us at info@bazisgroup.com to learn more and schedule a consultation with our Bazis Build team.