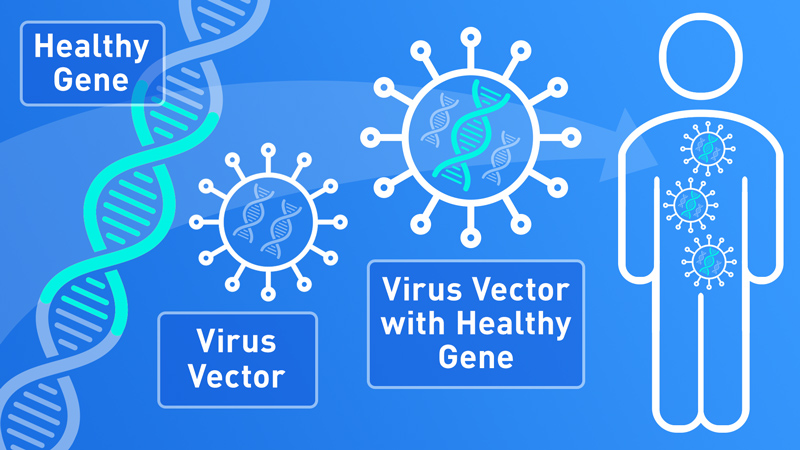 Bazis Health: Is gene therapy ready for the mainstream in Russia and Europe?

Gene therapy and the study of it provides a vision to treat rare diseases and help patients through DNA. While it is an exciting health field full of potential, it’s still largely experimental. And as our Bazis Health team found out through a recent project, countries are hesitant to fully embrace it before receiving more thorough guidelines.

For our multi-country project, Bazis looked at haemophilia and the medical experts’ feelings around treating it through gene therapy.

Haemophilia is a genetic deficiency that causes increased bleeding. It usually affects males. Patients with a severe form of haemophilia known as Haemophilia A are affected by severe internal as well as external bleeding.

To treat this, many patients usually require regular supplementation with intravenous recombinant or plasma concentrate Factor VIII. Since 2017, physicians also started using a new form of gene therapy to treat Haemophilia A patients. As there are many unsolved problems with gene therapy, a new test has been developed to determine whether severe Haemophilia A patients are eligible for such a kind of gene therapy or not. This test, the CE (CDx), is only currently available in a centralized lab in the U.S.

Bazis’ recent project on gene therapy and the CE (CDx) focused on whether Russian haematologists and pathologists would welcome the possibility of treating severe Haemophilia A patients with gene therapy in Russia and what they think about a test — that is, accessing the eligibility for such a treatment.

Haematologists and pathologists in Russia

Both haematologists and pathologists in Russia are aware of gene therapy as a treatment option for severe Haemophilia A patients. They consider the CE (CDx) test very interesting and would like to get more information about them. However, haematologists and pathologists know the biggest barrier to introducing gene therapy in Russia: it is not yet implemented in the Russian national guidelines. As physicians have to act in compliance with those guidelines, it is necessary for all treatment options to be included in there. Before anything is added, there needs to be evidence for its efficacy. There are no international guidelines and, as Russia follows these, there are also no Russian guidelines.

If gene therapy is implemented in the Russian national protocols, the haematologists we surveyed said they could see themselves prescribing this therapy to any suitable patient. They view the CE (CDx) as quite interesting to determine the eligibility of patients for this therapy. Pathologists also confirm that if the Russian Ministry of Health would approve the CE (CDx) test, there would be no barrier any more to sending samples abroad for testing apart from any financial barriers.

As of now, the CE (CDx) test is only available in the U.S. While sending abroad would be possible if approved in the Russian national guidelines, they would prefer to have a lab inside the country that would be able to perform the needed test. It would minimize turnaround time and expenses associated with the test.

To compare the results and opinions on this topic, Bazis also listened in to German interviews. In general, haematologists in Germany are very supportive of the idea of using gene therapy to treat haemophilia. Also, a test to determine who is eligible for this kind of therapy is well received. However, there are concerns about the legal framework, as the laws for genetic testing in Germany are very strict. There is a Joint Committee that first needs to approve the efficacy and safety of a drug or a test before it can be introduced to the German market. This committee is very restrictive, especially when it comes to genetic testing. The same problem goes for the CE (CDx) test. Therefore, the efficacy and safety of the treatment and the test is crucial.

Another problem might be the reimbursement of such a test, as even when the Joint Committee allows the test and gene therapy on the German market, the state might not support it financially. Therefore, the patient will need to pay, which will only be done when the patient is convinced of the additional value such a test and therapy could have on treatment.

There are no significant barriers in having the test performed in the US; however, doctors would mostly prefer for the lab to be in Germany or another EU country due to data security. Data security laws in the EU are different than in the U.S. It will be hard to comply all the laws. Others than that, if the Joint Committee agrees to do so, there are no further barriers of sending samples out of the country for being tested.

For more information on the types of projects Bazis Health conducts for our clients around the globe, view our Health case studies.