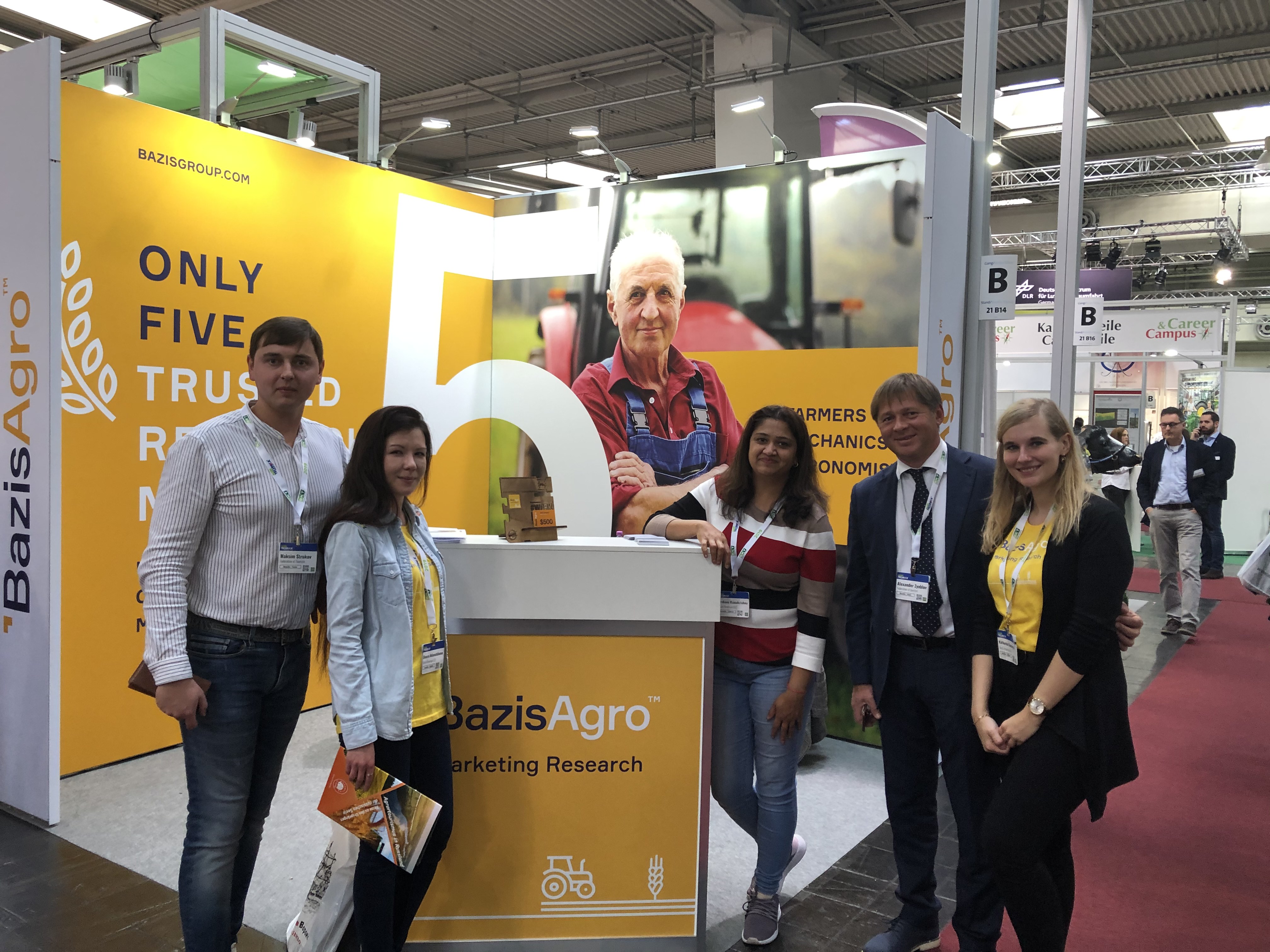 Agritechnica 2019 is over. The week-long exhibition was amazing – it included 2,820 exhibitors and 450,000 visitors! Machine producers and service providers used this opportunity to exchange experiences and confirm if they are aligned with world trends. The share of foreign exhibitors was about 30 percent and most of them were from the Netherlands, Denmark, Austria, Italy and Russia. Exhibitors came from more than 53 different countries. In particular, the number of visitors from Russia, Italy, Poland and Ukraine increased drastically.

The organizers claim that the interest in international politics significantly increased this year. Thus, several ministers and economic delegations visited Agritechnica this year to learn about future trends. There were many foreign speakers and representatives of national embassies.

The Bazis Agro team connected with hundreds of visitors and exhibitors, visited three conferences and noticed several trends in the agricultural industry.

Responsibility to care for the environment

First, the main theme of the exhibition this year sounded as “Global farming – local responsibility” and was devoted to challenges that humanity faces: climate change, environmental issues, growing earth population and the need to supply enough food while preserving soil fertility. Speakers were focusing on the agricultural industry in certain regions – Russia and CIS, Canada, LatAm – underlining the local responsibility of farms and growers.

In our interviews with farmers, we also notice the growing concern about the future of the next generation and the need to treat soil more carefully.

Despite discussing the acute issues, the mood of exhibitors and presenters was generally positive. The industry keeps growing and according to the visitor survey, two thirds of the visitors and contractors intend to make investments in the next two years.

The second trend is digitalization as one of the ways to increase effectiveness of working processes. Agricultural equipment is becoming more and more automated. Many exhibitors presented their developments in digitalization and robotics. For example, one of the Russian producers presented RSM Night Vision system for self-propelled vehicles.

At the beginning of Agritechnica, more than 1,100 engineers, developers and scientists came to participate in the 77th International Conference LAND.TECHNIK-AgEng organized by the VDI Wissensforum. Here, developers from all over the world discussed the newest issues in agriculture and to advance innovations in the agricultural sphere.

Furthermore, Agritechnica offered several events to attract and inform different target groups. There was a “System & Components Trophy” to demonstrate the force of innovation in this sector. The “Acre of Knowledge” Special showed visitors via video conferences how both small and large farms use innovative technology and gain profit from them using examples from all over the world.

Generally, based on Bazis surveys, we noticed a rising demand for robotics and automation of processes. Smart technologies ensure correct and effective fullfillment of tasks and prevent overconsumption of fuel and resources. This not only helps save money but also reduces impact on the environment.

The next era of farming

Third, a new generation of famers is ready to take its position in the industry. We saw many young farmers coming together in groups of four or five, some of them coming with their parents and grandparents. Young farmers, pupils and students were at the Live-Show “Werkstatt Live”, the platform for jobs and careers “Campus & Career” as well as by the “Young Farmer’s Day”. The young people we met were open to new technologies and considering environmental issues. They stand to be the trend setters in the future of the industry.

A global day for farmers

And finally, the “International Farmer’s Day” had it’s successful premier at Agritechnica 2019. This year the focus was on France and Great Britain as some of the greatest agrarian nations. The organizations set up a huge program including several presentation and discussions, which received 30 percent more visitors compared to previous years.

All in all, Bazis Agro worked hard and enjoyed the very busy experience. The team met existing clients and talked to new ones, made new friends with representatives of universities and research laboratories and received several job training applications from young researchers. We’re looking forward to the next event in 2021!